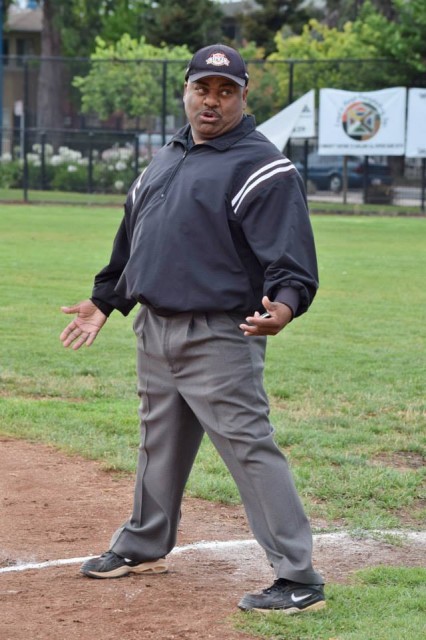 1. Umpires assigned to games shall be in charge of play at all times.

2. The umpires shall have the right, at all times, to examine equipment or line-ups of either team.

3. Upon completion of each game, the umpire in charge shall notify the managers of the upcoming game, the time set for the game to begin. Each team shall be allowed 7 minutes for warming up their teams.

4. Umpires shall prevent any unnecessary stalling by the players or managers of either team. Penalty described in official baseball rule book.

5. There shall be no more than two coaches on the field at any time. Discussion of decisions shall be restricted to the player involved and the manager or one of his coaches. At no time is there to be more than two Certified coaches, the Certified manager, uniformed ballplayers, scorekeeper and batboy/girl on the bench or in the dugout. All players, except the batter, player on deck and two coaches must attain behind the screen at all times. Failure to comply with any of the above may result in either the batter called out or the manager being ejected from the game at the discussion of the umpires.

6. In the even only one umpire is present, a game will be played. That umpire shall be positioned behind the pitcher’s mound.

7. Time out must be granted before any discussion with the umpires. Failure to do may result in the manager or coach being removed from the game.